Radiation Exposure in Our Daily Life Compared to X-ray Exams

Several sources of radiation exposure are present in our environment. Radiation is an energy that travels through space at the speed of light. The energy comprises electric and magnetic fields, and possesses wave-like properties. Hence, radiation is also popular by the name of electromagnetic waves. They are present in two forms – ionizing and non-ionizing. Radiation is present in almost everything; some are harmful, while most are not.

There is a general conception that human beings experience radiation exposure only in X-ray rooms. However, this is not true. Things present in the environment also emit radioactivity that can be harmful. Radiation is harmful when the exposure is great and the dose exceeds human tolerance. For example, miners working in uranium mines are at a high risk of death because of excess radiation exposure. It could also result in long-term issues relating to health, such as cardiovascular disease or cancer. Read on to understand the exposure of radiation in our daily life as compared to X-ray exams.

There are two broad categories of radiation. They are further present in many forms based on their characteristics.

Non-Ionizing – Non-ionizing radiation is incapable of activating atoms or molecules because of the low energy levels. These are present in everyday products that surround us like microwaves, cellular telephones, cordless phones, remote control garage doors, etc., but in very low frequencies.

Ionizing – Ionizing radiation has high energy levels, which activate atoms by knocking out the electrons from their orbit. When the electron is moved, it creates an imbalance; thus, the atom receives a positive charge. These charged atoms and molecules are called ions, and the radiation that produces ions is called ionizing radiation.

Ionizing radiation is present in many forms:

Alpha radiation has positively charged particles emitted by elements, such as uranium. It can enter the body through skin, easting, or breathing. A thin sheet of paper can be used to stop alpha radiation from entering the body. However, if it enters the body through food or air, it can cause biological damage to the body as the tissues would be directly exposed to the radiation.

Beta radiation has more penetrative properties than Alpha, and it can pass through water. The use of thick aluminum sheets or plastic sheets stops beta radiation from entering the body. However, it has the potential to induce damage to the exposed tissues.

Gamma radiation has no charge or mass; thus, it has a deep penetrative property. It can pass through the human body if not stopped, and can cause major damage to the body as it passes. Dense materials like concrete absorb it.

When neutrons interact with atoms of matter, they emit a type of radiation known as neutron radiation. The emission leads to a rise in other types of radiation. It is highly penetrative, and it can be absorbed by materials having a high amount of hydrogen atoms like plastics or paraffin wax, water, and concrete.

The gas used for cooking, heating, steaming, and other purposes exposes us to radioactive elements, but the exposure is minute; therefore, it is not harmful. The annual exposure to radiation through natural gas amounts to 9 mrem.

Soil and rocks emit a highly active, naturally occurring gas called radon. It is the major source of natural radiation exposure. It can get into houses via the floor or the walls. Radon is light enough to rise into the atmosphere. However, there is a great chance of it getting trapped inside the house and being inhaled. We can also ingest it through water or dust particles.

People working in the aviation industry who are frequent flyers like pilots, air hostesses, stewards, etc. are at a high risk of being endangered by harmful radiation. Aviation employees who fly regularly consume around 200 mrem annually as per the EPA.

Human beings are exposed to radiation through radioactive elements that are emitted from televisions, microwave ovens, and other daily-use electrical items. But, the level of radiation exposure is too low to cause any damage. Did you know that more than 60 objects which we use in our daily lives expose us to harmful radiation?

Exposure to X-rays occurs during medical procedures. Radiologic technologists conduct X-ray exams while wearing protective gear. They have control of the environment inside the examination room. The exposure to different examinations such as fluoroscopy, mammography, and CT scans differ from each other, and may even be high, but it is always kept under the dose limit set for patients.

Each body part reacts differently to radiation. Thus, the dose limit is different based on body parts. Radiation also has medical benefits; for example, radiation therapy is useful in curing cancer; however, a dose limit is set for all patients and workers in the radiologic department. The Environmental Protection Agency, Nuclear Regulatory Commission, and state agencies decide the dose limit.

The exposure to naturally occurring radiation and X-rays does not affect the general public much. It is only harmful if radiation exposure is great. Workers in the radiology department and the nuclear testing department are at high risk of developing cancer even with limited tenure in these departments. People who work in uranium mines are at a high risk of inhaling radon, which could be fatal. Radon exposure in mines is much higher, and critically damages the exposed tissues.

With the increased use of radioactive elements in the coming future, it is important to look after people who work in places with various harmful radiation. 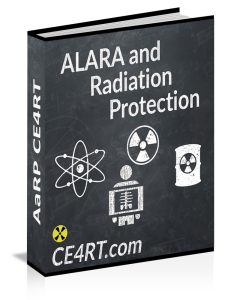 Visit here to get information about radiation protection in x-ray imaging. 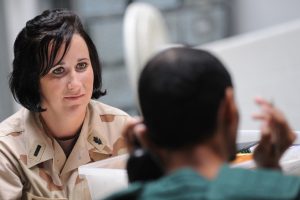 In this article we talk about bone densitometry radiation dose and the techniques that radiologic technologists can apply to reduce it. The two key principles in patient radiation protection are justification and optimization. Justification implies that any X-ray exposure is justified clinically. It means the examinations that will not affect the patient’s care are avoided. Once an examination is justified, optimization consists of activities that reduce bone densitometry radiation dose. This means delivery of the smallest possible dose to the patient. 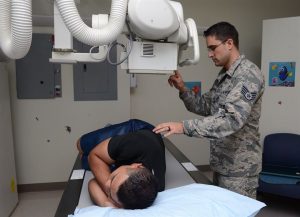 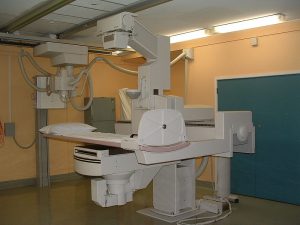 Radiation dose represents the energy deposited per unit mass of tissue. It is typically measured in Gray (Joules/kg). This deposition of energy may cause damage the tissues, and therefore, patient radiation dose must be measured and monitored. Patients are exposed to some of the largest doses of radiation during fluoroscopically-guided procedures and computed tomography examinations. Radiologic technologists play a key role in limiting this dose, based on the ALARA principle, by using the correct imaging techniques. 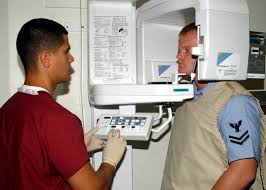 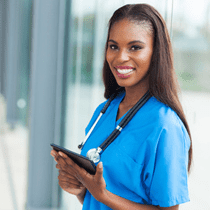 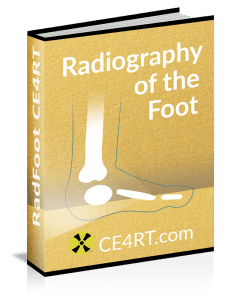